Saturday night Mark and I had the pleasure of spending our eight-year wedding anniversary at the Kemper Museum of Contemporary Art's Uptown/Downtown Gala. 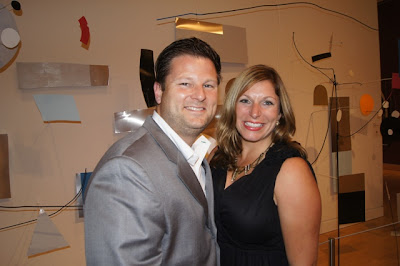 We were there as guests of Time Warner Cable, who sponsored the event and also threw an amazing patrons party two weeks ago, which I blogged about here. This time, though, I wasn't "on duty" and, thus, could eat, drink and dance to my little heart's content ... and so I did! 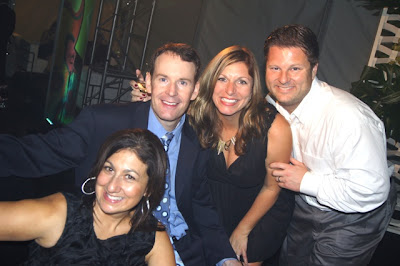 The party started with an excellent dinner dreamed up by Café Sebastienne Executive Chef Jennifer Maloney in the museum itself, where we took lots of pictures in front of the ubber cool artwork. 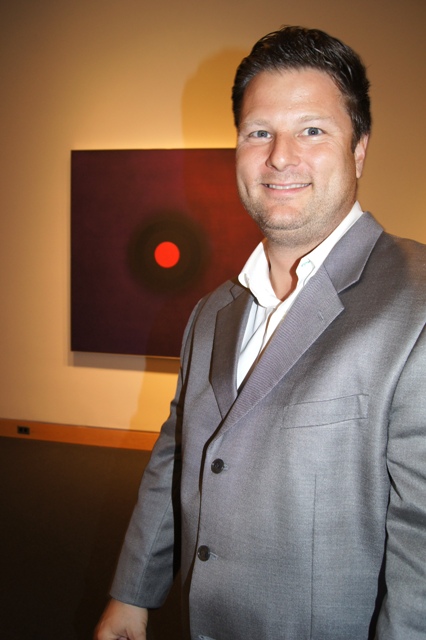 After a few drinks (champagne and wine!), we moved outside for the Downtown party of the party. It was pouring, so thankfully they had large tents keeping everyone dry, and my feet were starting to hurt, so we were also thankful for the white leather lounge furniture. Interiors designed by Dan Meiners ...
﻿ 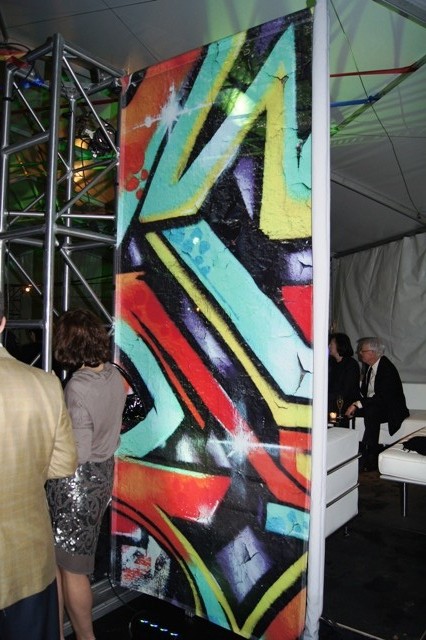 They also had a graffitti artist who created this beauty during the party: 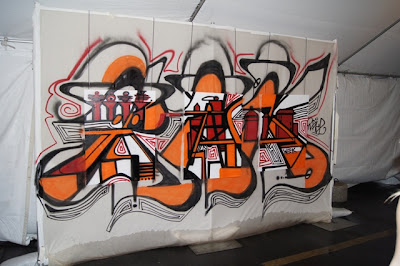 One of our favorite parts of the night was at around 10:30 p.m. when two food trucks pulled up outside the tents with complimentary meatballs and funnel cake - you can bet we tried both! 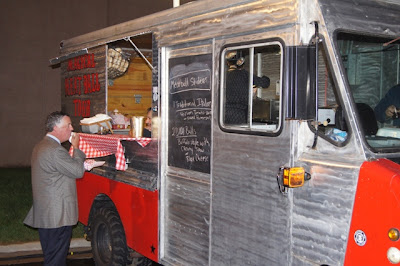 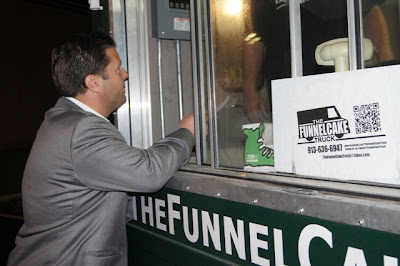 Mark actually had a long conversation with the funnel cake truck owner (those of you who know us won't be surprised!) and walked away thinking he may have a future in food trucks, specializing in pulled pork of course! You never know, he could be saving the world's children by day as a teacher and feeding them by night.

My love : ) Happy anniversary to us!